Francesca Foscarini is an Italian dancer choreographer and teacher. Her personal career has been marked by the encounter with important masters of the international dance scene, (Yasmeen Godder, Sara Wiktorowicz, Iris Erez, Emio Greco, Roberto Castello) with whom she had the opportunity to research the different languages of contemporary dance and improvisation.   Her research and poetic focus on the relation between physicality and states of mind and she is particularly interested in exploring the presence of the performer on stage in relation with the audience. Her works include Kalsh (2009), Cantando sulle ossa (Best solo Masdanza 2012, Presented in Avignon Off 2014), Grandmother (Equilibrio Award Roma 2013 Performer), Gut Gift (by Yasmeen Godder, 2014). She was awarded with the Positano Prize as Dancer of the Year on the Contemporary Scene in 2015. Her recent creations are Vocazione all'Asimmetria (Aerowaves 2017) and Good Lack (2016). She has been working as a performer for Alessandro Sciarroniin Folk-s since 2012 and she is currently collaborating as a dancer with Yasmeen Godder in the remaking of Two Playful Pink. 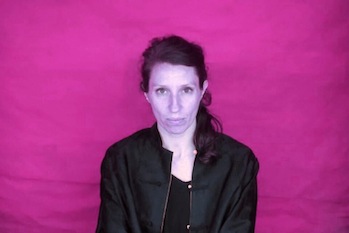