Yasmeen Godder was born in Jerusalem in 1973 and moved with her family to New York City in 1984. Growing up in NY, Godder studied dance at the LaGuardia High School for Performing Arts and was deeply connected to the punk scene in downtown Manhattan. Godder received her BFA from the Tisch School of the Arts at NYU while attending a variety of workshops and classes at Movement Research which have impacted her approach to dance making until today.  While still in school she began presenting her choreographic work at Downtown Arts Festival and Gowanus Arts Exchange. After completing her BFA she continued to work as an independent choreographer in NY, and was commissioned by Dance Theater Workshop’s Freshtracks and Splitstream Series, Dancing in the Streets, and the Kitchen. During this period she was a 1999-2000 Movement Research Artist in Residence.

In 1999 Godder was invited to present her solo, Aleena’s Wall, at the Gvanim (Shades in Dance) Festival at the Suzanne Dellal Center for Dance in Tel-Aviv.  The solo was well received and she was immediately commissioned to make a work for the HaRamat Masach (Curtain Up Festival), Israel’s leading festival for independent dance makers. Since 1999, Godder has been commissioned eight times by the Curtain Up Festival, supporting her continuing research and developing artistry. This continuous platform allowed Godder to establish her company which over the years has received local and international acclaim for the works’ depth, impact, and complexity.

To date Godder has created fifteen evening-length works: Hall (2001), Sudden Birds (2002), Two Playful Pink (2003), Strawberry Cream and Gunpowder (2004), I'm Mean, I Am (2006), Singular Sensation (2008), Love Fire (2009), Storm End Come (2011) and See Her Change (2013). In 2014 she created two new works which deal with her own choreographic archive: Climax, commissioned by the Petach Tikva Museum of Art, a three-hour performance piece and Lie Like A Lion- a solo work exploring the archive in her own body. In May 2016 Godder premiered in Theatre Freiburg the work - Common Emotions, an artistic outcome of a year-long project involving dancers, scientists and people living with Parkinson’s disease, researching together movement disorders. Another outcome of this project was the creation of Simple Action- a participatory choreographic action inspired by Stabat Mater. In 2018 Godder returned to the stage with the work Demonstrate Restraint, performing alongside a long time collaborator Tomer Damsky. Emerging from different fields, these two female performers use their extensive artistic practices as a tactic to crack open and engage with loaded, exhaustive and explosive political content, shifting between the urge to protest and self and external silencing.

In 2015 Godder founded “Moving Communities'' - a community outreach initiative, inside the Yasmeen Godder Company, which places emphasis on opening the studio to varying populations and life experiences and sharing the medium of dance as a means of creating space for dialogue, empathy, joy, and social activism. “Moving Communities” includes weekly contemporary dance classes for people living with Parkinson’s disease, International Conferences, and commissions of mixed-ability performances. In 2020 a new initiative was added titled Na’ot Ma’ Ba’ad (Moving Together ,נעות مع بعض ) - dance classes for Palestinian Arab and Jewish women living in Jaffa, in co-direction with the choreographer Nur Garabli. In 2022, Godder and Garabli established the Na’ot Ma’ Ba’ad Festival - a 3-day event for local women and girls in Arabic and Hebrew,  incorporating workshops, artist talks, and performances at the Madel Arts Center in Jaffa.

Since early 2019, Godder has been involved in a project titled Practicing Empathy, out of which a series of outcomes have being created: performances, workshops, and events. Each of the outcomes is set to explore the notion of empathy through a variety of perspectives and approaches, attempting to look at what opens us up emotionally and how can we create new practices, rituals, songs, and choreographies, which may open up our ability to take in complexities without fear and distrust. This research has evolved into three works: Practicing Empathy #1 ( a group creation)  Practicing Empathy #2by2 (an interactive format for 2 performers and 2 audience members) and Practicing Empathy #3 (a solo for Godder). In addition it has begun a process which led to building Na’ot Ma’Ba’ad (Moving Together)- weekly dance workshops for Palestinian and Jewish women in the Yasmeen Godder Studio in Jaffa and a three day festival under the same title, in co-artistic direction with the Palestinian choreographer Nur Garabli. In addition to creating for her company, Godder has been commissioned by the Batsheva Dance Company, Theater Freiburg, and most recently by the Candoco Dance Company- a well-established mixed-ability group based in London.  All of her works have been presented in Israel and at numerous venues throughout the world including: Lincoln Center Festival, Sydney Opera House, Montpellier Danse, Hebbel Am Ufer, Kunstenfestivaldesarts, The Place, Tokyo Festival, and many more. In recent years the Yasmeen Godder Company’s productions and initiatives have been fortunate to have wonderful partners: Tanzhaus NRW - Bettina Masuch,  b-Motion Festival, Bassano del Grappa Italy-Roberto Casarotto, Mousonturm Frankfurt, Matthias PeesSpring Festival in Utrecht Holland- Rainer Hofman and Théâtre Garonne, Toulouse France- Jacky Ohayon.

Godder is the recipient of numerous awards including a 2001 New York Dance and Performance “Bessie” Award for her work ``I Feel Funny Today'', presented at Dance Theater Workshop. Other awards include: the Israeli Ministry of Culture Award for Young Choreographer (2001, 2003); The Israeli Ministry of Culture Award for Best Small Ensemble in Dance (2003, 2009); The Tel Aviv Municipality Rosenblum Award for Excellence in the Performing Arts as “Promising Artist” (2004) and “Excellent Artist” (2009). Yasmeen was a Chosen Artist of the Israel Cultural Excellence Foundation (2004-09), and in 2005 she received the prestigious Michael Landau Prize for the Performing Arts from the Tel Aviv Municipality. Most recently Godder received the Israeli Ministry of Culture Award for “Best Creation” in 2015 for her work CLIMAX. In 2018 Godder was chosen to be a Valeska Gert Guest Professor for Dance And Performance at the Institut fürTheaterwissenschaft (drama department) at Freie Universität Berlin. 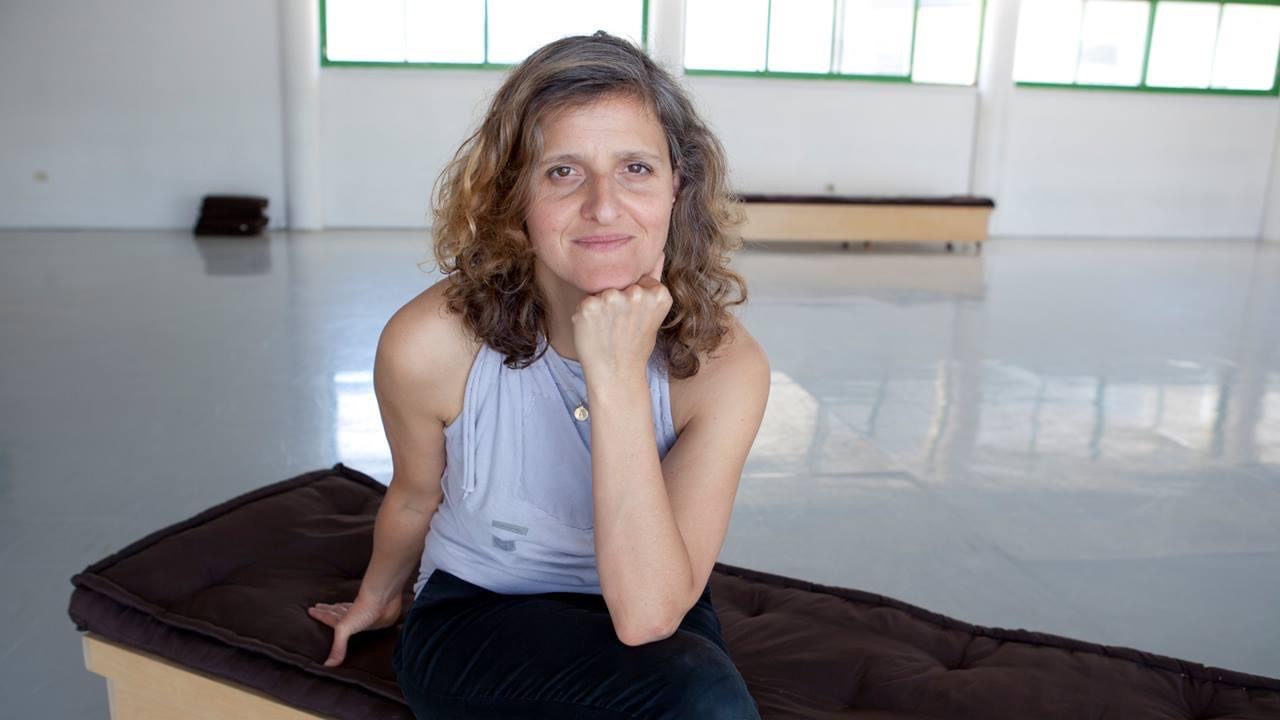